I took in two nights of this tour and I am glad I did as my health the first night left me feeling rather unsure of the night. Taking in the 2nd night (and not have my children visit prior to the concert!) meant I was able to appreciate the concert for the excellent night it was. Also the 2nd half started differently on the 2nd night. 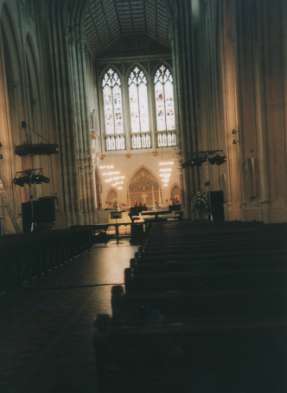 Bury Cathedral. I took lots of shots of Rick’s keyboards etc but sadly was too shakey for the poor light and I tried to avoid the flash as it tends to white things out too much

The opening number was Birdman of Alcatraz which showed signs of a promising sets of different numbers to the last tour. Next up Ramon Remedios joined Rick for Await the Hour from the Gospels. He came out speaking another Language until Rick Pointed out he was from Liverpool. Rick also pointed out there had been a mistake on the poster and Ramon was now Rambo. The first night there were a few Jokes about Ramon going outside to steal some hub caps etc but not the 2nd night. It is interesting to see how the two nights differed and although Rick and Ramon obviously follow a certain routine, they are still human and therefore adlib a bit.

Nursery Rhyme Concerto was next and it was back to the familiar intro for this. The audience that have heard it before still seem to find it amusing though.

I was then slightly disappointed by Rick doing Dance of a 1000 lights while Ramon went and conducted the Orchestra and Choir out in the car park ie they played a backing tape. I guess Rick needed to promote Return at the concerts but from a fan point of view I think it would have been nice to see what he could come up with in the way of a solo arrangement. Rick is so good at doing this I am sure he could have figured something out. Ramon returned and we got A Wish and Welcome a star with the story of Rick’s first performance of the Gospels and the choir never having heard the piece in full and Robert Powell having hurt and leg and being on Morphine. Rick therefore had to nod at appropriate moments in the performance and when it started going well he accidentally nodded to say “it’s going well isn’t it” and they all came in wrong. 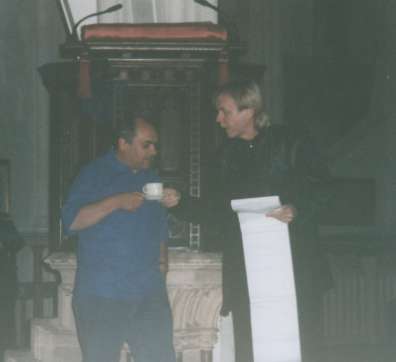 The penultimate song of the first half was Merlin the Magician complete with change of Keyboard for the last crazy patch. For this he choose someone from the audience to come up and hold his sustain peddle. I think he choose the people from the same position each night but I won’t say where 🙂 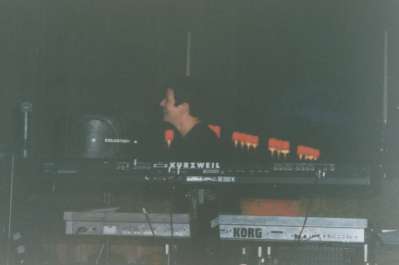 “Linda” was Rick stooge at the Bury St Edmunds Concert

The final song of the set was Nessun Dorma which was used in the World Cup some years back. This was at Ramon’s request and when Rick started to play he started with “Nellie the Elephant” because he had misread Ramon’s letter. 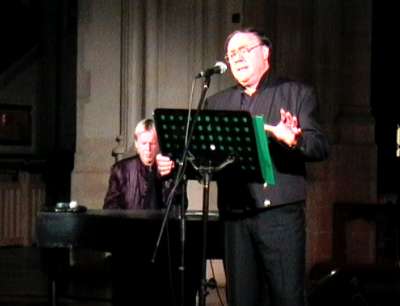 Ramon and Rick during Nessun Dorma

Set 2 at Norwich started with Rick mentioning he had helped David Bowie arrange Hunky Dory. However at Bury St Edmunds Rick came back on from the back of the Cathedral in his KGB uniform and gave a long story about how he got it out of Russia. I don’t know why it didn’t happen the first night and I forgot to ask Rick. It was a nice bonus for me to get something extra the 2nd night though. 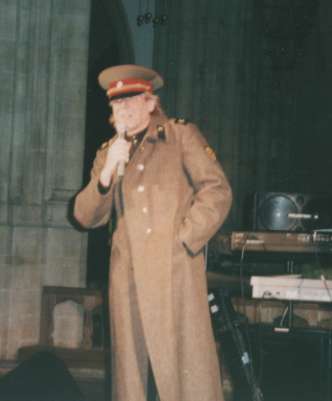 He then played Space Oddity and Life On Mars. He must be getting used to them now as he was not relying so much on the piece of music or chord sequence he has pulled out on previous tours. Again that is something has baffled me in the past and I wished I had asked about it.

Next up was Morning Has Broken with the usual intro. It was nice to see this with a vocal from Ramon. Jane Seymour was again the highlight of both shows for me. I have played the original on Six Wives of Henry VIII and it was OK but to hear it all done by just Rick in a Church/Cathedral with great Organ sounds is really something special. I have often wondered why it doesn’t close a set. Perhaps it is because Rick doesn’t feel church audiences no his own tunes as well as the others he plays. 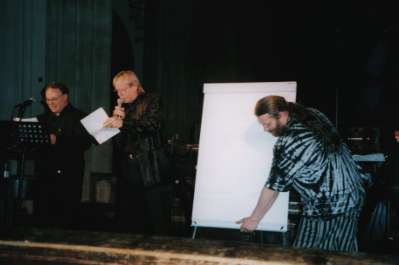 Rick explaining the plot of his New Opera to Ramon. Malcolm Welch helping out.

Ramon wanted to do the Barber of Siville but again Rick misread Ramon’s letter and had written a new piece called Barber of Wigan which was very funny but perhaps a little long for something that was not to me musically that great. It was a very good parody though and Ramon was very good in it. It was also interesting to see Rick smiling so much. I haven’t noticed Rick’s grin before. 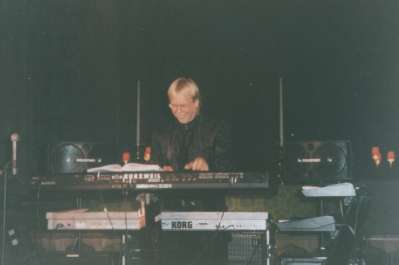 Then we moved into the area I was most unsure of, the last 5 songs. They were Help and Fool On The Hill with Ramon and then Eleanor Rigby as the set closer. Then for an encore The Hymn (from 1984) and The Day Thou Gavest Lord Has Ended both with Ramon. The first night I was absolutely shattered before I had even got to the gig and I was incredibly disappointed that Help was still done in the slow Tribute style. I did notice that Ramon was making the words seem very meaningful but 4 slow songs out of 5 seemed a very bad way to end the set and I then went home with the impression the whole night had been slow paced. The 2nd night however I knew what to expect and was dreading Help and Fool on a Hill but to my amazement I found I really enjoyed them and I got the feeling a lot better. I am interested to see how others viewed the choice of these five songs as the ending (and why there have been no reviews on the list!). I was also surprised my memory of the previous night had been so wrong with regards the pace of the concert and everything. I think Ramon’s voice has cracked a bit during A Wish and Welcome A Star so I suspect the first night was the better performance but I definitely preferred the 2nd night and as I said earlier was so pleased I had opportunity to take in two shows on the trot. If you had the chance to go and didn’t bother I think it was a shame. It was also very nice to meet up with Chris Smith after the Bury Show. It is always nice to meet people you have spoken to on the net 🙂 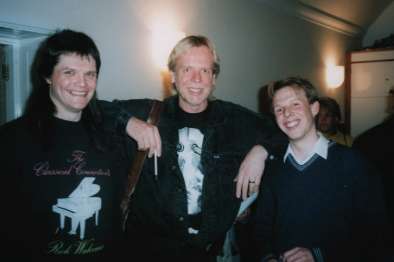 Myself, Rick and Chris Smith at the after show reception