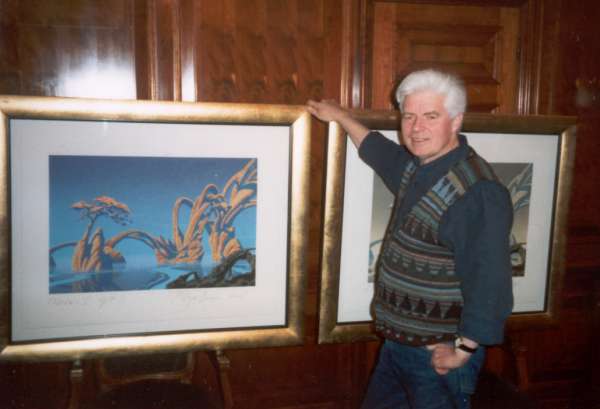 Roger Dean will be holding the first major exhibition of his art
in the UK since about 1976. Pieces of his work have probably been seen since
then but even so probably not for over a decade so this is an excellent chance
to catch with Roger’s work and see many pieces for the first time. Entry is
free so if you are in or near London it is well worth going.

The display is being held at The Gallery 28 Cork Street, London
between 12th and 24th November 2001.

The following original art works will be on display:-

Along with original paintings visitors will also be able to see
and purchase a series of fine print works roger has been working on since 1997.
Back in the 1970’s some of Roger’s work was sold as posters. The main buyers
were American students. There was great demand for these posters but not some
albums such as Yes’s Relayer album were painted small and wouldn’t stand being
blown up to a Poster size so Roger stopped releasing them.

Over the years there was been a great demand for Roger’s work
and his audience has grown up and wants some a bit more substantial than just
a poster. Roger therefore set about creating a set of limited edition fine art
prints. 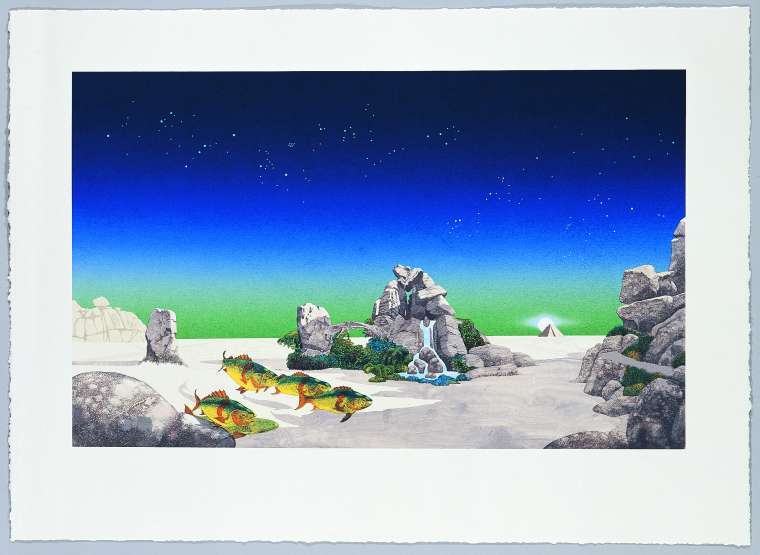 The original painting by Roger took about 1 month to make. The
fine art print for this exhibition took about 5 months work!

When an album cover is printed it uses four colour separations
to get all the colours. This works very well but the inks tend to be thin and
some colours get lost. Apparently only about 60% of the Blue colours are available
using this process. The reason the new picture took Roger five months is it
is made up of about 40 different colour separations. Each one is applied to
the paper using the silk screening process. Every detail on the 40 separations
has been hand drawn again from scratch.

While drawing the pictures again Roger has chosen to change some
of the details in a minor way so for instance the two left hand rocks in the
middle of the picture now look slightly different to the original in their detail. 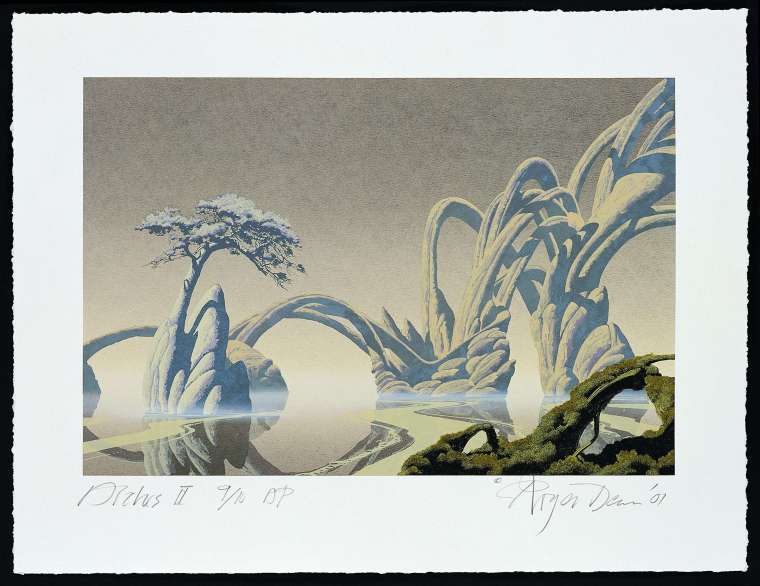 There are two fine Art prints for the Arches drawing which was
used for Yes’s "Keys To Ascension" album. Surprisingly it is the "Mist"
view which uses the most separations. 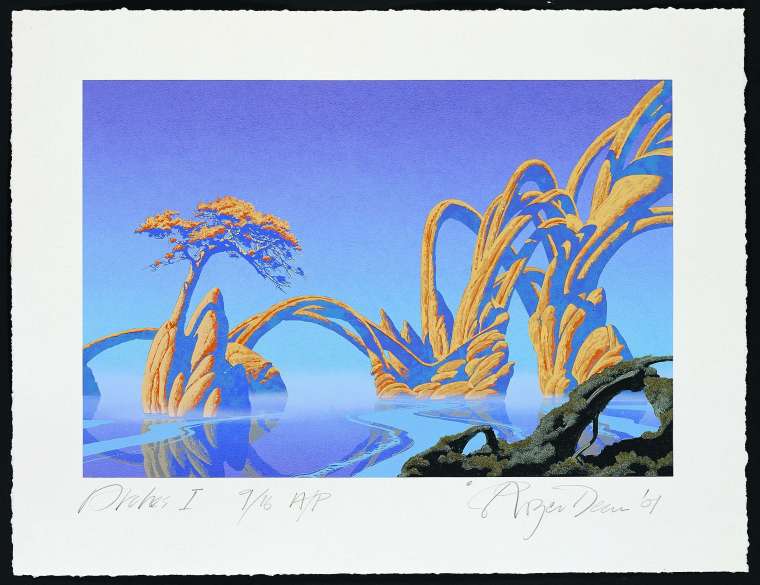 Because the "Morning" view is in the sun the shadows
on the arches are darker and therefore have less detail.

The original Yes logo only uses 5 of 6 separations but I was really
impressed the brightness of blues on the fine art print. It makes what to me
could be quite an ordinary picture really stand out. I was also surprised how
the curves on it aren’t as smooth as you would expect if you drew it from memory.

It has to be said I am not big on art but I think I will be going
down to the exhibition to see the paintings and prints up close. I was quite
taken by what I saw at the press conference.

The following is the full list of Limited Edition Fine Art Prints:

Full details of the sales of the fine print can be found at http://www.roger-dean.com.