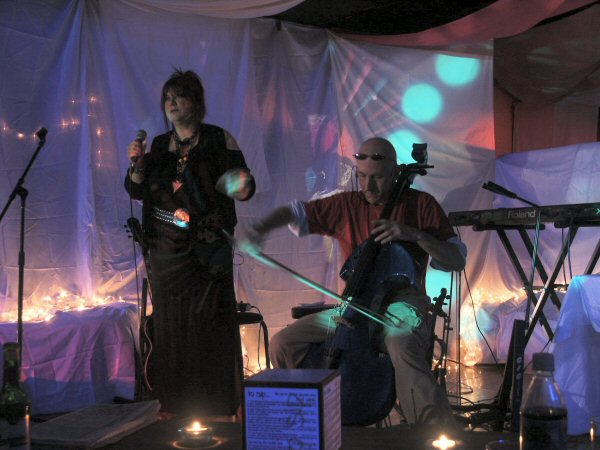 This is the first gig I have attempted a review for in a long time.
Mainly because I have a train journey home for the first time in ages.

Sonia was in Curved Air and Marvin and I have been chatting to for
years because he said "Hello" in e-mail one day. It was purely
by chance he answered an advert and got in touch with Sonia who happened to
be in one of the bands I liked. 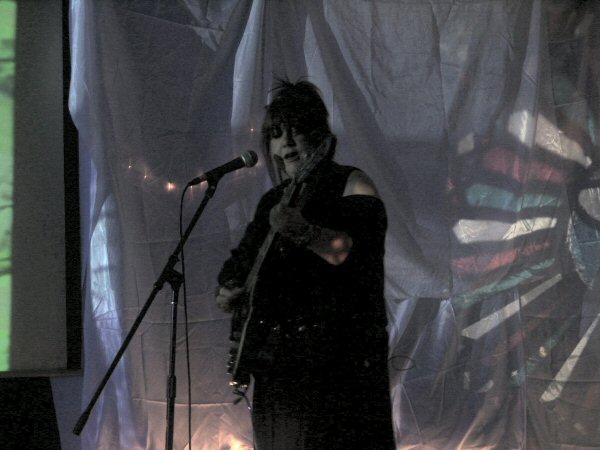 Bar-ginglik is a member’s only club actually under the green at Shepherd’s
Bush. According to a friend of Sonia’s who has known her since they were in
their late teens the venue used to be a ‘s toilets and then a snooker
hall. Now it is a club with expensive drinks (2.95 a bottle of cider) but a
nice atmosphere and nice food (which was much more reasonable). 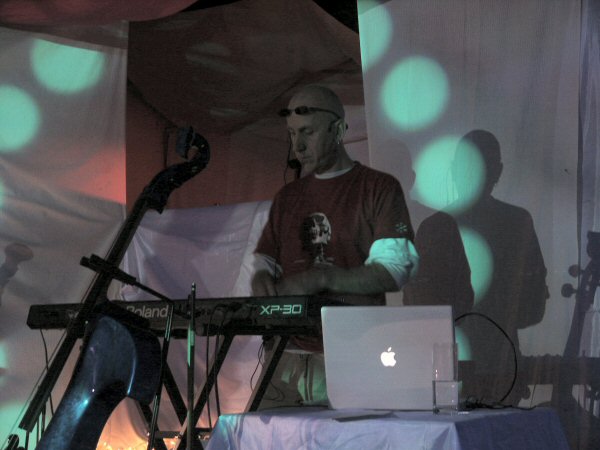 Like Sonia’s solo gig in Deal Mask had images being projected on them.
There was actually video too but this wasn’t too visible on Mask themselves.
Luckily the venue had a large TV screen should people have been curious. I didn’t
pay too much attention but it looked like some the images were from the forthcoming
Mask DVD.

I have both of Marvin’s soundscape albums so I was aware of the
field he comes from. I also knew the evening was not to be like a Curved Air
gig. I was opened minded but didn’t really expect to get too much from the gig.
(Having said that as I am tidying this up to put it on my web page I am playing
Marvin’s Cellosphere again and quite enjoying it would be too strong but I am
not disliking it. I guess it is mood music since in the right mood I am happy
listening to it but at other times I haven’t got the patience for it and just
want to rock. )

As it happened it was much more up my street than I anticipated. The
first two songs in particular had me thinking of Sonia’s “Harmonics of Love”
album. Another track had me thinking of “Songs From The Acid Folk”. I assume
everything was completely new to me but I did wonder if one or too lyrics were
familiar. I would guess not. It was probably just Sonia’s delivery. 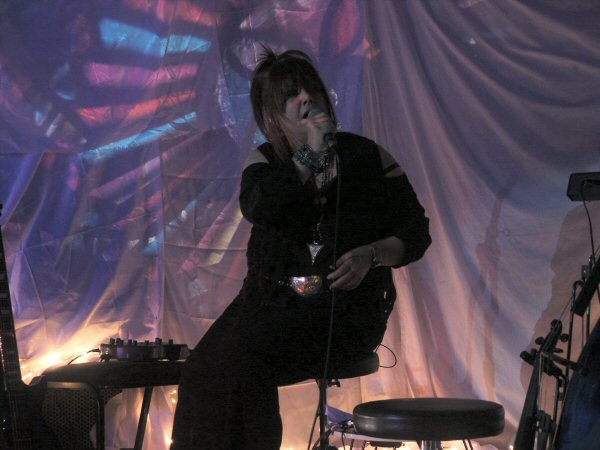 Not all the songs were songs mind. The third piece was more like a
Marvin solo piece. He clearly has got Sonia interested in his field of music.
I seem to recall this piece was Marvin on his Cello and Sonia vocalising without
words. On their very professional looking flyers it says “Mask are … an exciting
blend of intuitive pieces, created by strings and voices and mixed spontaneously,
fused with down tempo songs, which melt into a subtle and bewitching weave of
sound.” I guess that is a reasonable description really.

Another piece towards the end of the 1hr set (I hope it was only an
hour I had to catch a train so missed the last number) was just Sonia building
up vocals using a delay pattern. These bits interested me less than the songs
with lyrics but they were what I expected and I found it an interesting experience
and atmosphere to be in.

Considering the pieces were performed by just Sonia and Marvin I thought
they came across really well. There was a Mac on stage so there were extra effects
but it was always clear what Marv and Sonia were actually playing Live. 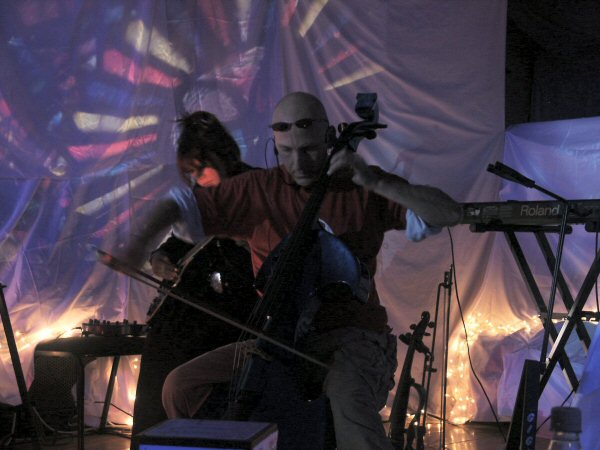 I have to say I really enjoyed seeing Marv playing the Violin and Cello
in more conventional ways than on his albums too.

I am now looking forward to the release of the DVD and single. Apparently
the mix is in 5.1 so this should be an interesting new album experience.
(These are now out check out the Mask
website) 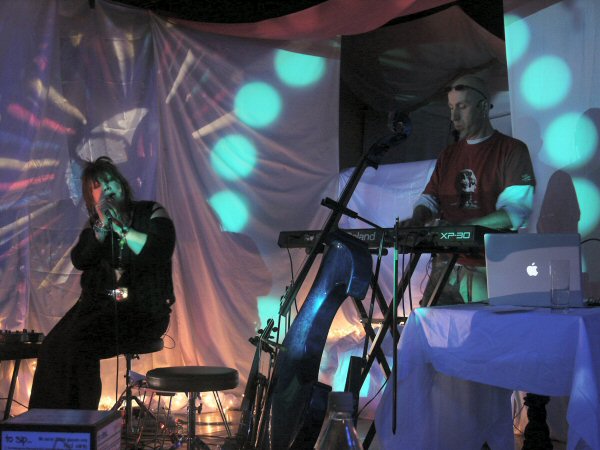 If you can make a gig and fancy something different check them out.
Their album "Heavy
Petal" is/was due for release on June 13th 2005