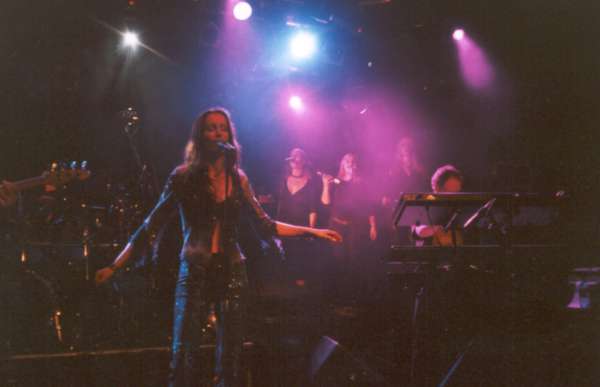 I was unsure weather to attend this gig or not but I decided to and I am glad
I did. I really enjoyed it.

The reason for being unsure was that I only have one Karnataka album "The
Storm" and while it is OK I feel it is a bit to repressed for my more rocky
tastes. The guitar in particular seems too low in the mix. It did give me hope
however that things might be better live. I therefore decided to give them a
go.

John Solman was support. I am surprised there was a support slot as I figured
there might be time constraints but we had no problem with time and John was
solo on acoustic guitar so fitted in easily with the set up.

John played a five number set although apparently it could have been more if
not for a misunderstanding with the house lights. The songs were all quite pacey
and I thought the set very enjoyable which is quite amazing for me given my
slowness to accept new songs normally.

Someone described the material as sounding a bit like Led Zeppelin III type
stuff but to be honest I found I was more often thinking of Lawrence Gowan when
he plays acoustic guitar.

I couldn’t recognise him as a former Uriah Heep singer but then I am only really
interested in the current line up of the band. 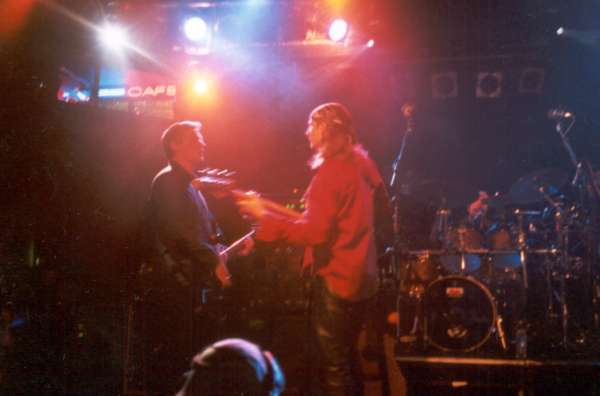 And so too Karnataka. Well I immediately recognised the singer Rachel Jones
and the bass player Ian Jones were the two people I spoke to after the Mostly
Autumn DVD recording. 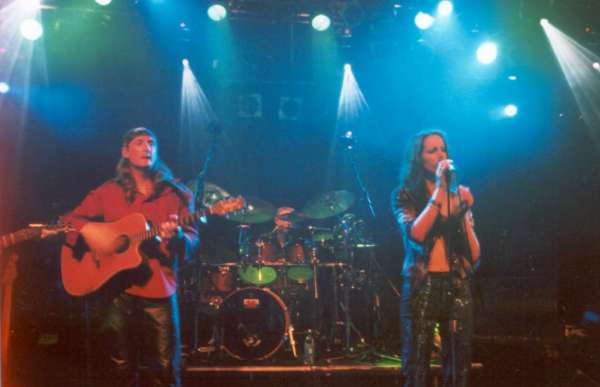 Rachel was very expressive with her face. I have never sat down and thought
what the lyrics were about but she seemed quite strong on interpreting them.
She also seemed to be trying to vamp it up for the cameras a bit. I don’t know
if that is normal. 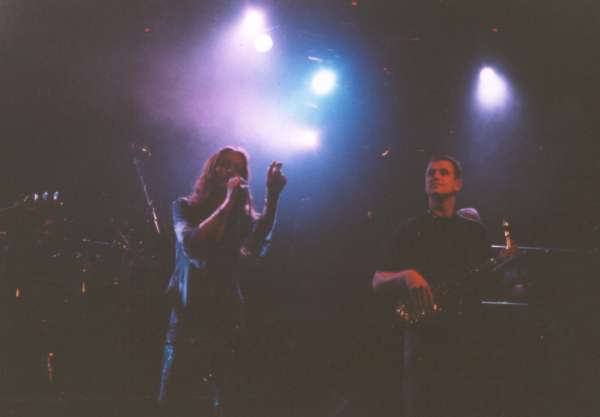 Jonathan Edwards on Keyboards seemed to have a good role but it has to be said
it was Paul Davies on guitar that fascinated me most. He seems to be a face
puller as he plays which is always a good sign to me. His style constantly reminded
me of Fish era Marillion.

There was a guest saxophonist (Steve Simmons?) and he seemed the person most
up for having fun. He interacted well with Rachel but particularly seemed to
get on with Paul even though he was the opposite side of the stage. It seemed
to me Paul had quite a dry humour and enjoyed mucking about while being serious
at the same time. 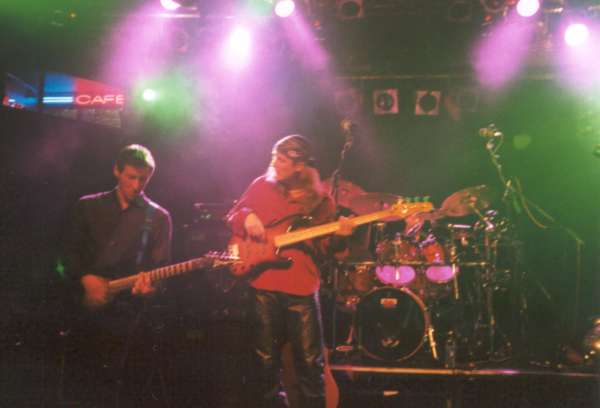 I have heard the band is a bit static but they seemed reasonably OK to me. 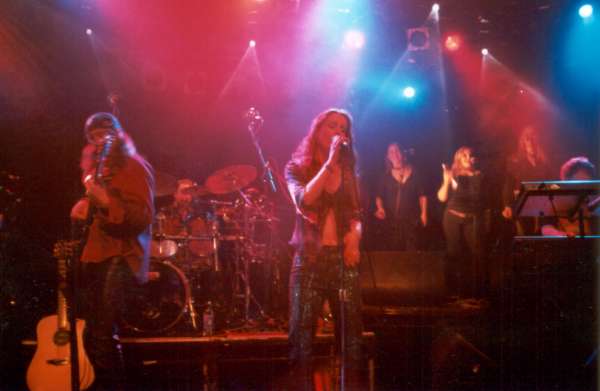 The Sax player was the most interactive though so perhaps they need to work
on this a bit still. It certainly struck me Ian could do with loosening up a
bit more.

There were three backing singers for most of the set. On Heavens gateway (I
think) one of them also added played Flute.

The set was very enjoyable. It wasn’t as good as say Mostly Autumn to me but
it was good fun and I am really looking forward to getting the DVD. 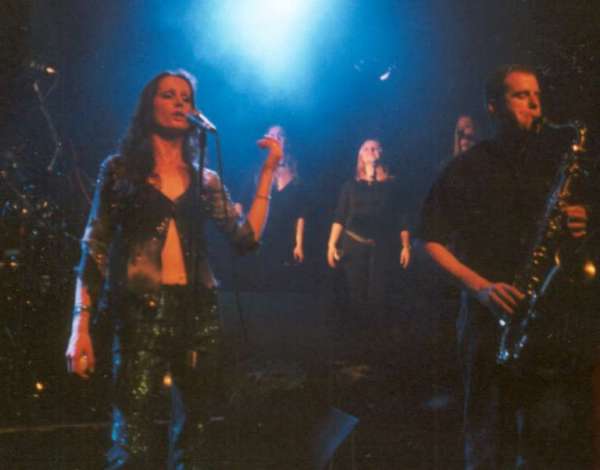 Human kind, The ballad of Joe Public, Rage of the new age, Jamming with Jesus,
It’s a new day 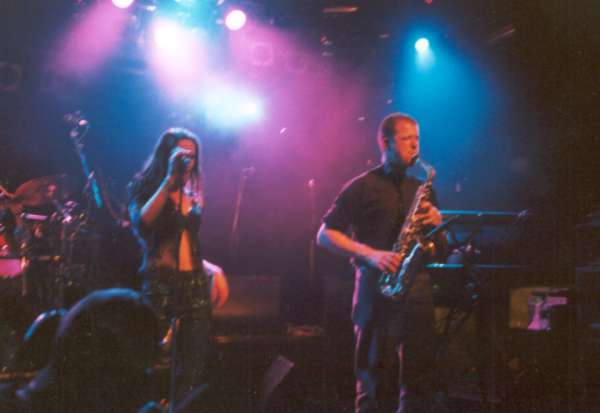 Intro/Time stands still, Crazy sax, Dreamer, Heavens gateway flute, (Strange
Behaviour – Dropped I think but was on the set list on stage), I should have
known, Writing on the wall, Heart of stone, Mist In the devil, The Right? Time,
Tell me why woman in me, The Journey, Delicate flame of desire, Shine/Outro 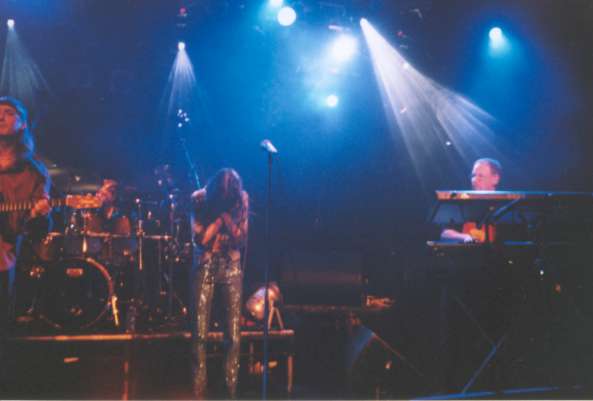