Headspace are a new band created by Adam Wakeman. The band features ex-Rick
Wakeman band members Lee Pomeroy (bass) and Damian Wilson (vocals) along with
Rich Brook on Drums and Pete Ronaldi on guitar. Tonight was their first gig. The
Herringthorpe Centre is a sports hall which is used by the Classic Rock Society
for their gigs. The stage is situated on the long side of a hall that I guess my
might hold 400. 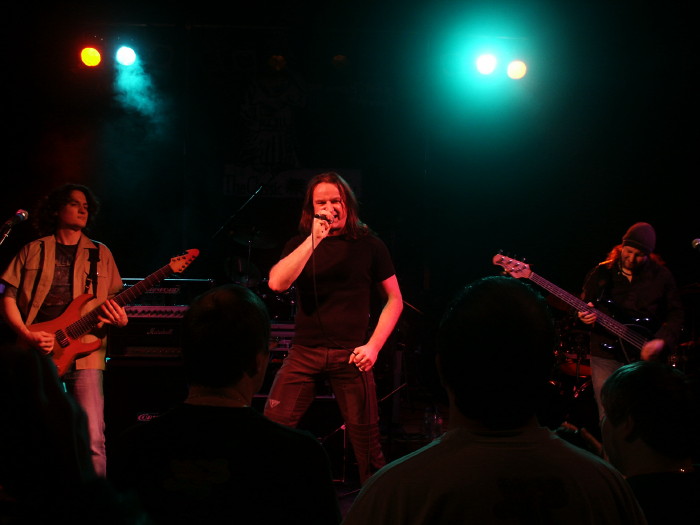 Headspace being a brand new band with only a demo recording
available on their  http://www.myspace.com/headspacetheband
website tonight were support to Landmarq. I choose not to listen to the demo
clips before the concert so tonight’s music was completely fresh to my ears.

Adam’s brother Oliver has a band with the same instrumental
line-up and both bands play music with complex time changes but they are by
no means similar in sound. Oliver plays keyboard solos in a virtuoso way
like his dad Rick Wakeman. Adam however seemed more integrated in a general
band sound and in fact Pete Ronaldi seemed to get more of the soloing spot
light than Adam. 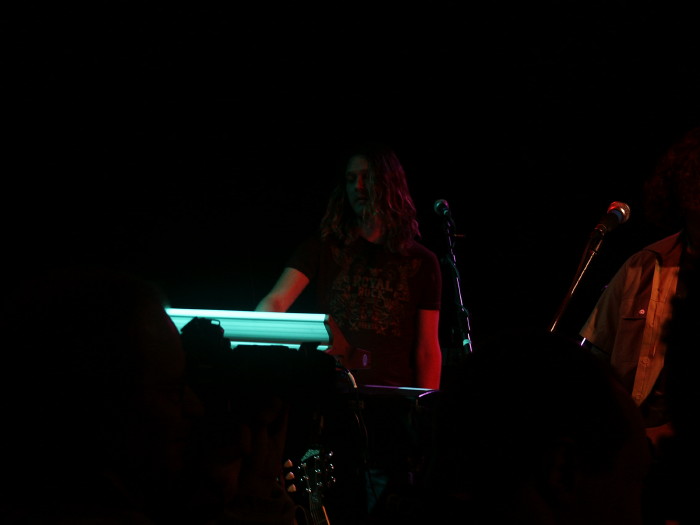 The general sound of Headspace is hard to define. Especially for someone that is
not good at listening to new music! My overall impression was that while Oliver
Wakeman goes for a Classic Progressive Rock sound, Headspace go for a more
modern approach. Damian’s vocals were sometime treated. There were sound effects
used in songs. The bass line or Rhythm guitar lines reminded me very much of
what Arjen Lucassan does on Ayreon albums. In fact his current band project
Stream of Passion has the same sort of modern feel to it that Headspace do. Not
that the two projects sounds similar in any way.

I spoke to Lee Pomeroy before the gig and I was stunned to hear the son who had
just been born the last time I saw Lee with Rick Wakeman was now 3 and half
years old. Lee now has long hair but it was really good to see how he still
really enjoys being on stage. All night long he had a smile and seemed to be up
for playing with the others on the stage. 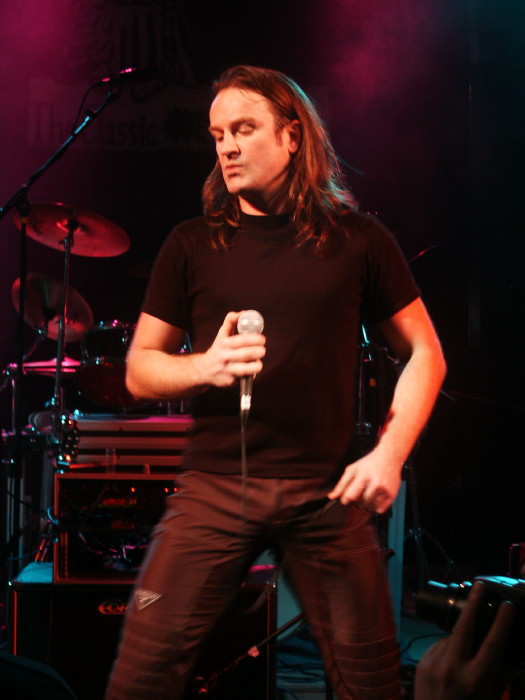 Damian Wilson was very much the Damian Wilson I have grown to love over the
years. His voice suited what was played very much. Sometimes I haven’t like
Damian’s rockier work but I had no such qualms tonight. 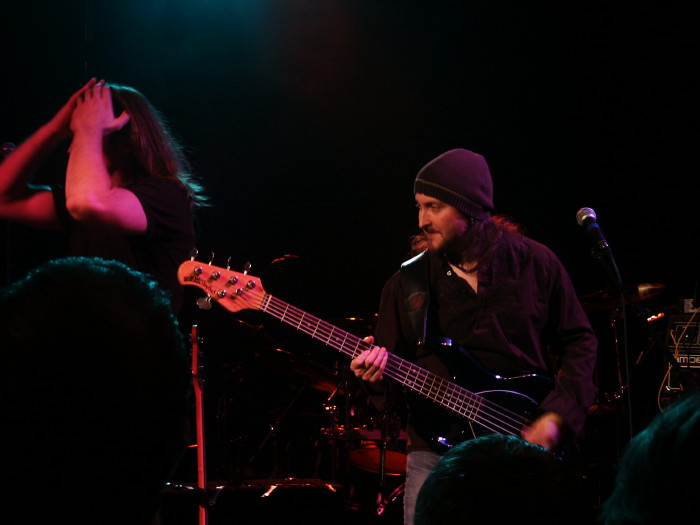 Pete Ronaldi was very good on guitar. I was most intrigued that he used an 8
String guitar too. I tried to see how he used it but it is very hard when you
don’t know the music. I wonder if it is guitar version of the bass "Stick" and
weather the strings can be set to play different sounds. I hope to see Headspace
again and start discovering the answers 🙂 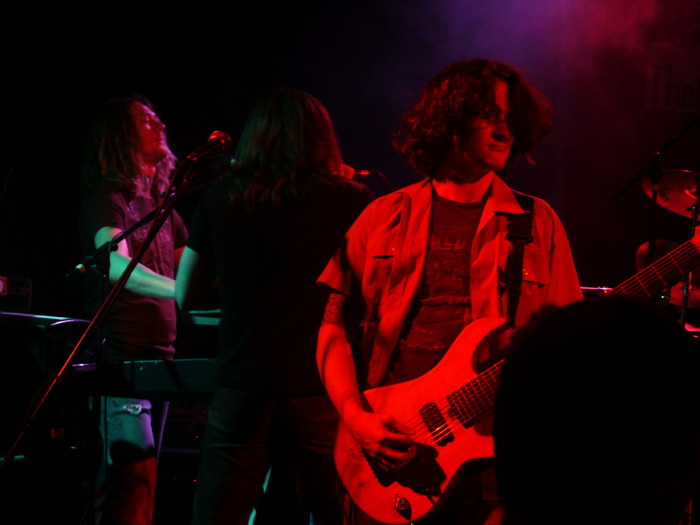 As usual I can’t possibly comment on Rick Brook’s drumming as drumming
bypasses me completetly. I see because he had to set up on the right hand
corner of the stage I didn’t even manage to get a decent photo of him.
Sorry. 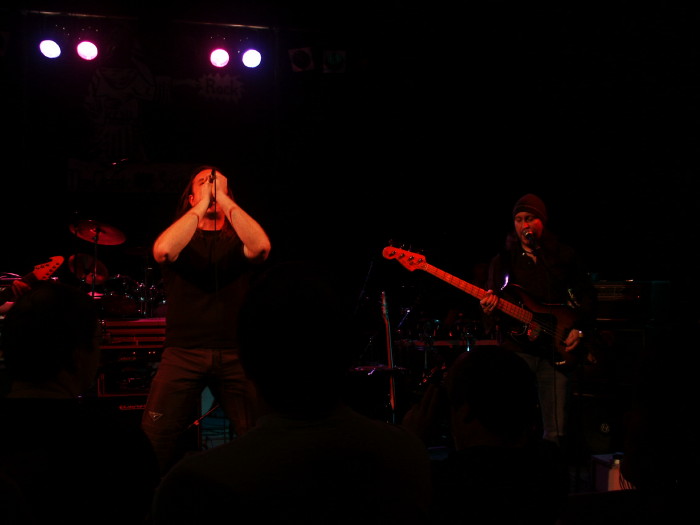 Headspace played about 45minutes of what I expect is original material. I
would very much like to know who the writers were. Some of the lyrics
sounded very interesting. After this they got an encore and played a medley
of songs not all of which I know but that included Rush’s Tom Sawyer, Led
Zeppelin’s No Quarter (this didn’t surprise me as one of the original songs
sounded like it was using the keyboard sound from that song) Black Sabbath’s
Black Sabbath (Adam having played Keyboards on a reunion Black Sabbath
reunion tour), King Crimsons 21st Schizoid man and Yes’s Roundabout. 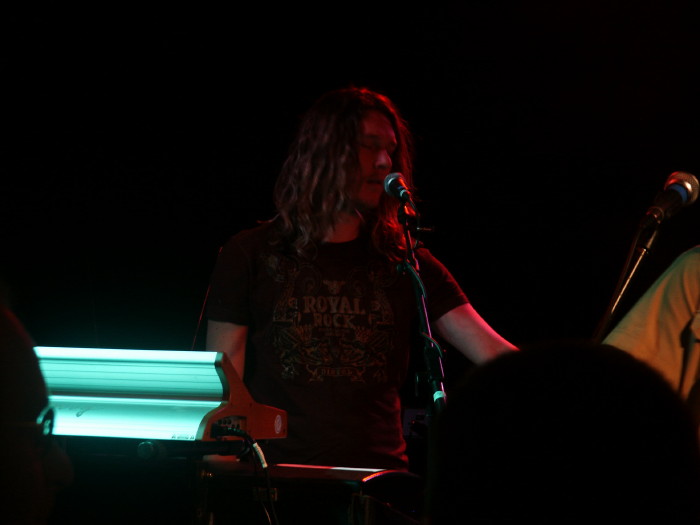 When Headspace finish recording their first album I will definitely be getting
it. I really enjoyed their set and hope to get to see them again 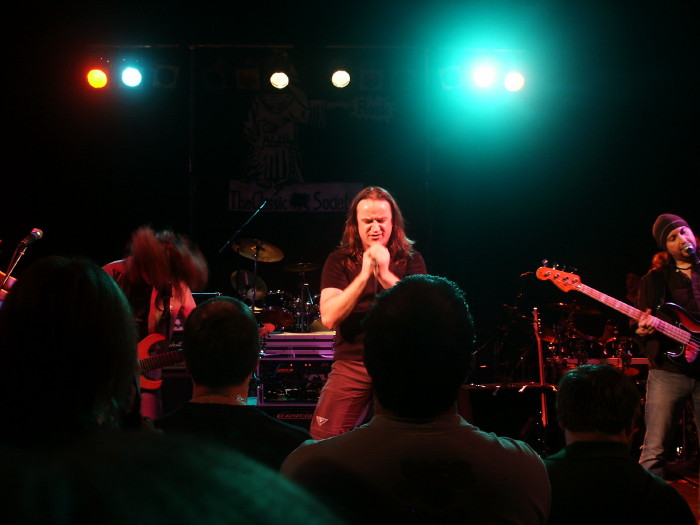